Welcome to the homepage of the Protein Expression and Purification Facility

The protein Expression and Purification Facility (PEPF) is part of the Institute of Structural Biology (STB) and was established to help you with all aspects of the production of recombinant proteins.

Cloning
Production of expression constructs is usually done by the users. We can help you to decide which construct(s) to make, which vector(s) to use and how to clone your gene(s) of interest into these vectors. We mainly use restriction enzyme and assembly cloning methods but also support the Gateway cloning technology and ligase independent cloning (LIC) methods. Specific cloning and expression vectors are available for all of the above mentioned cloning technologies (see Materials).
All expression constructs have to be sequenced before handing them to us.

Expression screening
To find optimal expression conditions (such as construct, medium, temperature) we perform small-scale screening. The cultures (4 ml) are done in parallel in a 24-deep well block. After harvesting the cells are lyzed by freeze-thaw cycles and the expressed, soluble proteins purified over a small column (usually 50 μl) of the appropriate resin. In most cases an IMAC (immobilized metal affinity chromatography) resin (for instance Ni-NTA) is used but also other affinity chromatography (such Glutathione-Sepharose) or ion exchange (such a S- or Q-Sepharose) resins can be used. In the case of IMAC purification the constructs are required to have an N-or C-terminal His-tag.

Protein expression in Escherichia coli
Target proteins are expressed under the optimal conditions determined by small-scale expression screening. The expression cultures are normally performed in 2-L flasks in a shaker-incubator (0.5-10L) using ZYM 5052 auto-induction medium (Studier, 2005). Other media such a lysogeny broth (LB) and terrific broth (TB) are also used.

Protein purification
After harvesting and cell lysis the expressed proteins can be purified using a wide range of chromatographic techniques such as affinity, ion exchange and size exclusion chromatography. For every individual protein the purification protocol has to be optimized. Since most proteins contain an N-terminal His-tag the defaults starting protocol is as follows:

In most cases one of more of these steps need to optimized and other steps need to be added in order to produce the high quality proteins needed for the different applications.
Most purification steps are performed using an Äkta Purifier system (GE Healthcare) of which there are several in the lab. For this system a wide range of purification columns are available.

Protein quality assessment
High quality protein is needed for nearly all the possible applications. Many experiments have failed or proved to be irreproducible because poor protein preparation were used. Therefore, it is important to assess the quality of the produced recombinant proteins. A minimal set of parameters that should be tested has been suggested (by the ARBRE-MOBIEU and P4EU networks).

The Protein Expression and Purification Facility (PEPF) was established in the fall of 2009 as part of the Institute of Structural Biology (STB) with the goal to help researchers at the Helmholtz Zentrum München to better and quicker produce the recombinant proteins needed for their research projects. To achieve this goal we take over this part of the projects. We help producing the expression constructs; develop and optimize protocols for the expression and purification of the recombinant proteins; produce these proteins using the optimized protocols; perform biochemical and biophysical characterization of the produced proteins.

Within the Institute of Structural Biology we are involved in projects linked to among others neurodegeneration and diabetes and projects on DNA and RNA binding proteins.

In collaboration with researchers from other institutes at the Helmholtz Zentrum München we work on the production of specific proteins for a wide range of applications such as biochemistry, structural biology and chemical biology/drug discovery.

Furthermore, we produce proteins for general use (such as proteases, polymerases, Cas9, etc.) and provide support and training (among others a HELENA course), materials (such as vectors and strains), as well as facilities for the cultivation of bacteria and insect cells and for the purification and biochemical and biophysical characterization of proteins.

2022 Scientific Article in EMBO Journal, The 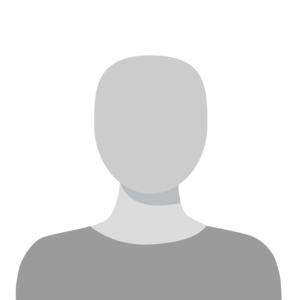